Yoleo has grown to the size that is unsustainable to be able to offer for free. I have offered the service using a payment optional model for the past two years and as they say, all good things must come to an end.

Yoleo will be made available as a paid service for $12 per year. I will be switching to a smaller host and will therefore need to prune accounts that are not on a paid subscription. I’d love your support, but if you need to leave, I have made an OPML export available.

I hope you will stick around. Thanks so much for using Yoleo Reader!

All the best,
Jamie 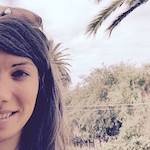 It has been a very busy time over this past summer. As many of you have noticed, Yoleo didn’t have much work done on the user facing side for the last few months. Prior to Google Reader shutting down, I worked furiously to get Yoleo delivered in time to allow for as many people to use the integrated importer as posible. As a result of working so hard for those months I neglected my other work and therefore had to spend the summer catching up on it. Also, I was racing my bike.

So what’s going on now? Good news: Yoleo is under active development again! I have placed ads for users on the free plan so that Yoleo can make some revenue to cover the hosting costs. One of my primary goals for Yoleo is to not have it shut down like so many other readers have. Part of fulfilling that goal is making enough revenue to cover costs. With that complete I’m going to get rolling on two of the most requested features:

I’m pretty excited about implementing the mobile version of Yoleo. It is something that is very much in demand :)

Thanks for your patients while I recouped over the summer.

All the best,
Jamie Gilgen
@jamiebikies

What We're Up To

Hello friends. I just wanted to give a quick note to let you know what is being worked on and some of the commonly reported issues people are having. Before that though, I just wanted to say thank you for all of the fantastic feedback that you’re sending! I’m loving hearing how people are using Yoleo and the ideas that you all have for how to make it better.

The two biggest complaints people have been having are the font weight and no ability to go into a “waterfall” of news. I’m working on what I’m calling headline mode which will allow you to scroll through a list of articles continuously. Also in headline mode, the article list on the right will essentially become the whole width of the content area.

Regarding font weight, we need to come up with a solution. There is nothing in between the current weight and one that is much darker so we have been trying to find some other strategies. What we will likely end up doing is providing a configuration option for which font you would like to use. That will also help everyone in non-latin character sets :)

A few bugs we’ve been fixing